here’s the book review for Almond- a book recommended by all the BTS members.

Yunjae was born with a brain condition called Alexithymia that makes it hard for him to feel emotions. He does not have friends—the two almond-shaped neurons located deep in his brain have seen to that—but his devoted mother and grandmother aren’t fazed by his condition.

Their little home above his mother’s used bookstore is decorated with colorful post-it notes that remind him when to smile, when to say “thank you,” and when to laugh. Yunjae grows up content, even happy, with his small family in this quiet, peaceful space.

Then on Christmas Eve—Yunjae’s sixteenth birthday—everything changes. A shocking act of random violence shatters his world, leaving him alone and on his own. Struggling to cope with his loss, Yunjae retreats into silent isolation, until troubled teenager Gon arrives at his school and begins to bully Yunjae.

Against all odds, tormentor and victim learn they have more in common than they realized. Gon is stumped by Yunjae’s impassive calm, while Yunjae thinks if he gets to know the hotheaded Gon, he might learn how to experience true feelings. Drawn by curiosity, the two strike up a surprising friendship. As Yunjae begins to open his life to new people—including a girl at school—something slowly changes inside him.

And when Gon suddenly finds his life in danger, it is Yunjae who will step outside of every comfort zone he has created to perhaps become a most unlikely hero.

this book is just heroic. not in the typical superman flying here, girl being saved there type of heroic. this book is about the heroism people exhibit when the conditions, or problems they try to stump them down.

yunjae doesn’t give a fuck at all. he’s unbothered at the start, a reliable narrator who due to his condition, willingly or unwillingly, always gets to the point, and totally does not beat around the bush.

the pace of this book at first is quite moderate, then it gets a bit slow, might i say a bit boring? and then it gets heavy.

gon bullying yunjae—the action of bullying, the methods of bullying, the aftermath and it’s repurcussions- the way it was described from yunjae’s point of view is plain genius. gon is such a fast paced person, he’s like the textbook definition of a misunderstood bully.

what this book means to say, regarding bullies, is basically- no one was born a bully.

it’s a person’s choice whether they want to do good, bring good and leave good OR if they want to contaminate their entire existence, contaminate the people around them and every single being/object/feeling that comes in contact with them. special emphasis on the word- choice.

it’s a pretty simple book, and the message conveyed- the tons of messages conveyed are also pretty short, easy to understand and once again- simple. the chapters are short, with such thrilling descriptions— the descriptions and the imagery they create in your head, are just so pretty.

to me, i think this book would be monochromatic-black and white, while being vivid.

i like the character development of all the characters, i like the brutal honesty conveyed, i like the relationship dynamic between gon and yunaje and how it evolved. i think the author did a terrific work of gon- conveying his emotions, his true feelings, and building his overall personality.

i liked the way dora was introduced before the grand finale, and unlike other coming-of-age/YA books, wherein a particular person or event plays the role of a “saviour”—dora didn’t. she plainly encouraged yunaje, and contributed to his betterment, but in the end it was yunjae who bettered himself and stepped into the world of colours.

it’s a bit of a mixture between a tragedy, saving and perfect ending. there’s a few loose ends, or untied ends and while some people didn’t appreciate it, i sure did. i think the loose ends and the untied parts of the story add up to it’s overall feel and vibe.

—a smol playlist of songs that remind me of this book:

As I said, neither you nor I nor anyone can ever know whether a story is happy or tragic. It may be impossible to categorize a story so neatly in the first place. Life takes on various flavors as it flows.

7 thoughts on “TBR-ed | Almond- a book recommended by BTS” 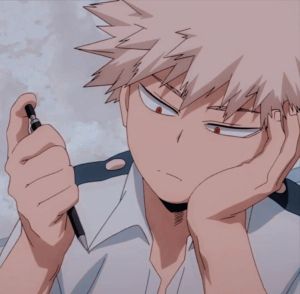 👑hii i’m asic, just your unironic teenager hanging out in her little space of the internet

💫here, at “haven” you’ll be able to find posts spanning a myraid of topics including life and its lies, haphazard rants getting edited in the hour after, books with fake dating and enemies to lovers coupled with music that makes me contemplate my existence and other random things 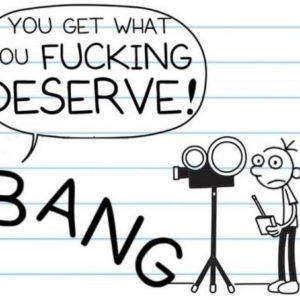 ©all copyrights reserved by asic, haven 2021